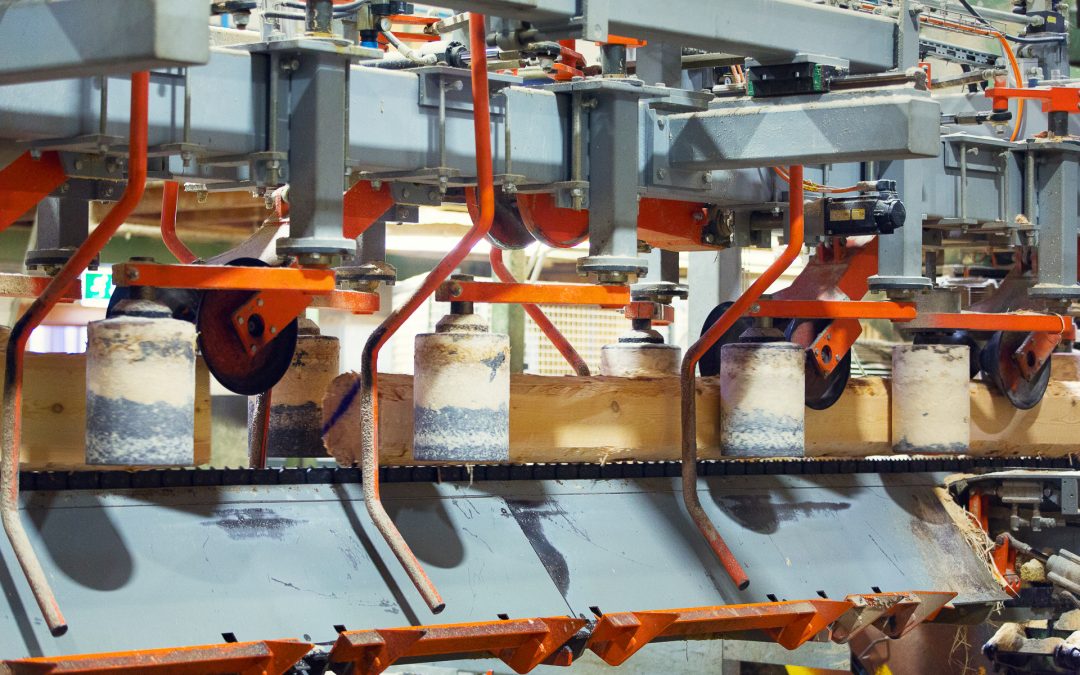 A SATISFYING YEAR FOR THE TIMBER MARKETS AMID LONG-TERM CHALLENGES
On the 11th and 12th October 2018 the 66th edition of the International Softwood Conference was held in Riga in the facilities of the hotel Radisson Blu Latvija. This year’s conference was attended by over 200 participants – a record-high attendance – from all over the world and it was hosted by the Association of Latvian Timber Producers and Traders, and, as usual, by the European Organization of the Sawmill Industries (EOS) and the European Timber Trade Federation (ETTF).

Riga, 12th October – Before attending the usual market-based sessions of the conference, participants had the chance to visit four sawmills on the 9th and 10th October – Vika Wood, Kurekss, Smiltene Impex and Rigas Mezi (where participants could also visit the trees nursery Norupe). The Conference opened with the traditional market analyses provided by authoritative experts in the sector. The development of production and consumption suggests that the nice pace of growth which was observed in 2017 and the beginning of 2018 is expected to continue into the rest of the current year. While the situation for 2019 looks good, there are some darkening clouds on the horizon.

In Europe most markets are on the rise, with strong demand across the continent. Mr Andreas von Möller, President of ETTF, provided a comprehensive overview of the construction activity in Europe, showing that the confidence index is going up and the production index has reached the highest levels since 2010. The wood door sector is also doing well, whereas the window door sector is stable. Mr Sampsa Auvinen, President of EOS, underlined in his presentation that the European demand has been very lively over the last few months and is set to remain so in the short run. A buoyant construction activity is indeed pushing up European demand to the highest levels of this decade – and medium-term positive forecasts justify the moderate optimism. The financial performance of the European sawmilling industry is solid and investments in operation improvements are taking place.

However, some elements may cast a shadow on an this relatively rosy picture: both presidents emphasized that the uncertainty surrounding Brexit could take its toll on the British economy, which could result in decreasing import volumes. A fully-fledged trade war between the US and China is another potentially destabilizing factor. Mr Auvinen and Mr von Möller also stressed that there might be a risk of overheating in the construction sector. Even more importantly, there are challenges connected to raw materials: supply problems are limiting the potential growth of production. In the short term, the availability of roundwood is indeed tight in many European countries. A very hot summer and a locally stormy autumn worsened the quality of supply causing the presence on the market of many logs damaged by pests and storms, in addition to record-high forest fires in many EU countries. In the long term many factors, including – but not limited to – climate change, may limit the supply of softwood in many parts of Europe.
While lively European markets remain the traditional destination of European production, an ongoing trend points to increasing importance of overseas markets for many European companies. The area of the world which stands out is Asia, particularly China, which after a booming 2017 has somewhat slowed down in 2018. Japan as well remains an important export destination for many European sawmills, while some North African markets are recovering following a couple of negative years. Exports to the US have skyrocketed at the beginning of the year, but the consensus was that there is not much scope for further growth of deliveries to the US. The long-term potential of the market is impressive as per capita consumption in some of the fastest growing countries in the world is still very low compared to North America and North European countries.

In the afternoon of the first day a lively panel discussion took place between representatives of forest certification schemes, FSC and PEFC, representatives of ETTF and EOS and of the Confederation of the Private Forest Owners. A frank and constructive exchange of views confirmed the importance of sourcing sustainable wood materials while guaranteeing a clear and feasible chain of custody system.

In sum, in 2018 there are many reasons for the industry to be satisfied. Overall, demand in both internal European markets and man faraway destinations keeps growing. However, a recurrent theme of this year’s International Softwood Conference has been that in the past abrupt falls have followed euphoric periods. According to many stakeholders 2019 is set to be a year of consolidation of the growth achieved in previous years, but since there are some headwinds in the global political and economic context a slowdown cannot be ruled out.

The next edition of the International Softwood conference will take place in Antwerp on 16-18 October 2019.