A rocker behind the wheel of a forklift 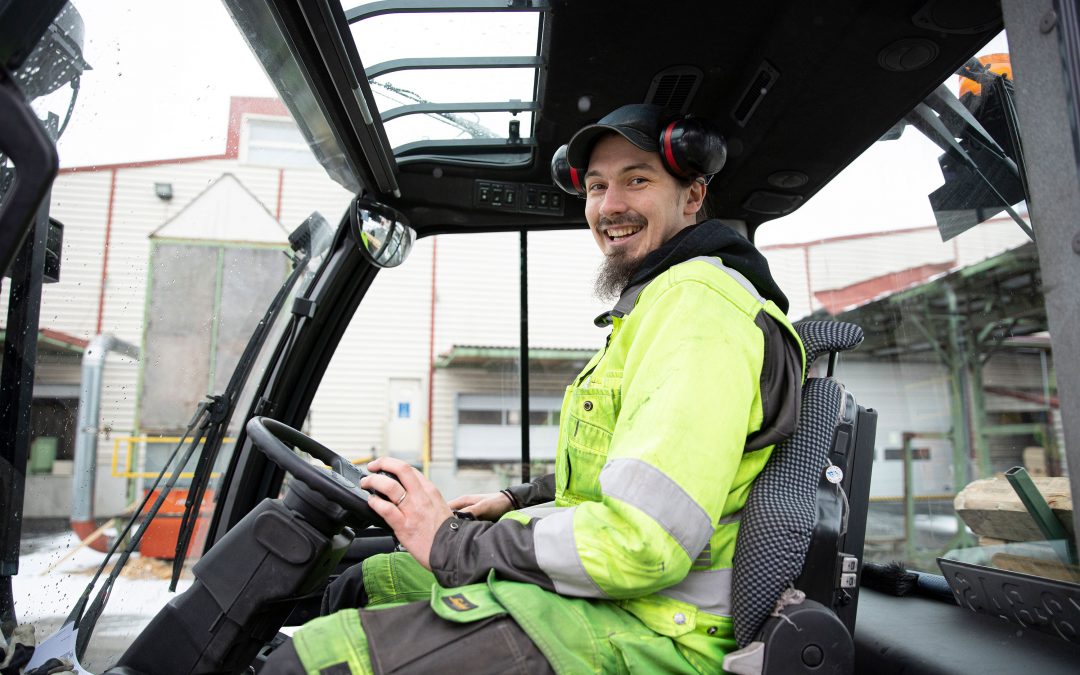 A ROCKER BEHIND THE WHEEL OF A FORKLIFT

Eetu Heino had just returned from the army when he received a call from the factory manager of Misawa Homes of Finland. The manager, an old acquaintance of Eetu’s, knew he had recently moved to Mikkeli and offered him a three-month stint at the sawmill to replace a worker who was on sick leave.

– I started as an errand boy and worked in sorting. My temporary contract turned into a permanent job, and for the past five years I have been a forklift operator, recounts Eetu.

The company is an important employer in Mikkeli and takes good care of its skilled employees. On top of good health-care and other employment benefits, every year the employer takes a small group of its employees to the company’s headquarters in Japan.

– The idea is for everyone to visit at least once. I was there at the end of last year, says Eetu.

Eetu was not entirely new to the timber industry, as he had previously worked as a furniture installer at a house factory and also studied at a forest machinery school. Misconceptions and negative attitudes are often associated with the sawmill industry, and Eetu wants to set the record straight:

– I am proud to talk about my job and my workplace. Finnish sawn timber is a respected product around the world, and we have nothing to apologise for. 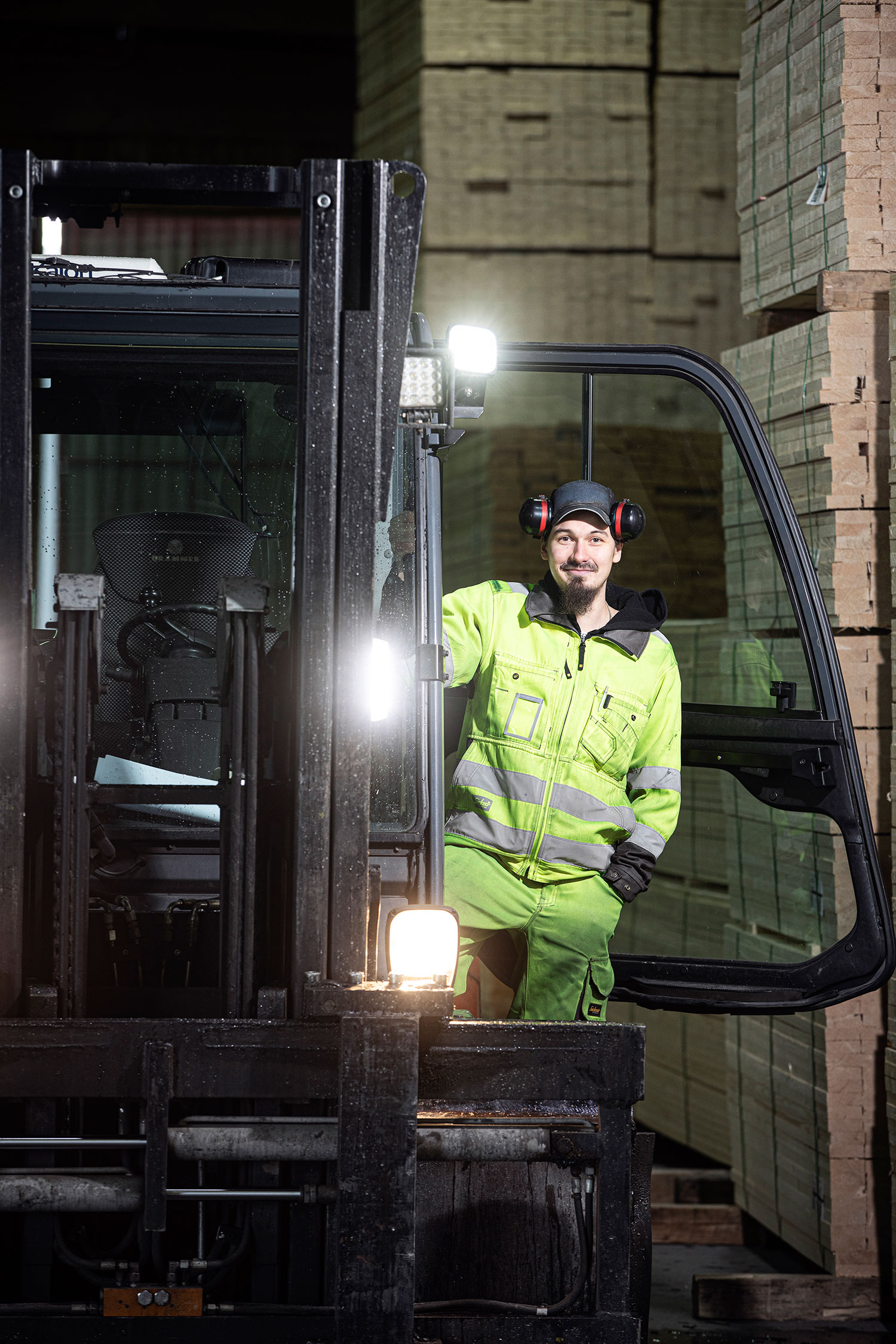 Working at the sawmill has taught Eetu perseverance and working-life skills and has given him an appreciation for work.

– I have learned the basics of sawmilling, but above all, the work gives me both a sense of purpose and the opportunity to earn an income. The money allows me to practice my hobbies during my free time, he says.

Music is Eetu’s big love – he builds guitars during his spare time – and his passion for music also spills over into his work. Working mostly alone, he can work to the beat of the music playing in his hearing protectors.

– We have a small and good work community. Although two forklift drivers work at a time, I still mostly work alone. That’s fine by me. I like working independently, he says.

Eetu cites his ability to solve problems as his strength. Every day is different and situations change. Sometimes the stocks are full and there is a lot of arranging to do.

– This work is kind of like building a puzzle. I like trying to figure things out and solve problems, and I am quite good at it. Last week, I managed to fit a travel bed, pram and all of my family’s other weekend items into the trunk of my little VW Polo, says the new father with a laugh.

Eetu is interested in all types of machinery. He says he dreams about being a machinery entrepreneur, but he has no plans to make that move. On the other hand, further education and taking on different tasks at the sawmill could appeal to him. Growing up in an open-minded family has given him perspective in seeking his own path.

– My parents never tried to influence my choices – I always had the freedom to make my own decisions. Working here was the right choice. I believe that feeling good at work also influences those around me, and they feel good, too. That is ultimately what is most important, Eetu sums up.